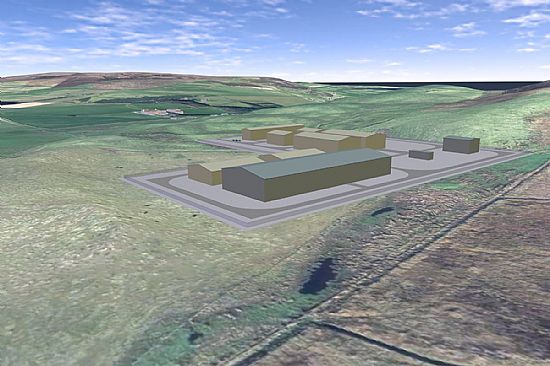 We are all in favour of renewable energy and a properly designed network to take this energy out of Orkney. Climate change is one of the greatest threats to Orkney’s heritage and we fear the world – and Orkney – is running out of time to combat it.

We have put forward alternatives to SSEN. These involve a shorter route, across Scapa Flow, underground cabling on the entire route as opposed to part of it and much better design of the Finstown substation.

Orkney Heritage Society’s concerns deepened as a result of the consultation events held by SSEN in the last week of September about the proposed substation at Finstown and the overhead cables. The Society’s Board will meet mid-month but those members delegated to attend the consultation wish to make clear their concerns.

Despite the Society making clear representations and suggestions to SSEN following the last consultation in July the proposed sheds in the latest design would be more visible than that displayed three months ago.

We had been hoping to see that SSEN had taken the points being made about the need to lower the level of the site before building the substation. Last week we saw that this was not the case and we remain concerned that the consultation is a sham and the people of Orkney are being ignored.

We hope members will support our campaign to see the proposals modified. We would welcome any feedback and help with the campaign.

The SSEN website has more detail on the project and they have a feedback form here.

We hope to see you at our next public meeting, on Thursday 15th November 2018 at 7 pm in the St. Magnus Centre.

This is our AGM followed by a talk by Richard Shearer on Orcadians who lost their lives in World War I.

Posted 3 years ago by Admin.