One of the benefits of membership of Orkney Heritage Society is receiving a free copy of the annual newsletter. There are still a few copies of the 2020 Newsletter left, so if you haven’t already joined OHS, you can join now and receive your copy. Only £10 per year! See our Membership Page for details.

Due to a generous donation our latest newsletter is another 100 plus page book, full of interesting articles and pictures. The editor, Elizabeth Corsie, has managed to procure contributions on a large variety of subjects, the following being a brief resume.

There are the usual Chairman’s and Treasurer’s reports, as well as the list of Fereday Prize commendations. The financial contribution given to the Society has allowed colour printing, which was particularly important to the first article, the overall 2019/20 Fereday Award Prize Winning Investigation by Sebastian Pesci on his grandfather, Jim Baikie. People of a certain generation will remember Jim as a talented musician, playing bass guitar in local bands. He could well have made it big in that industry, but it was through his love of illustrating comic books that he made his living. Sebastian’s fascinating account of his grandfather is laced with many of Jim’s drawings, reproduced in their full glorious colour.

Neil Kermode’s description of the unveiling of the plaque to Murdoch Mackenzie is followed by an account of the mapping methods used by the famous eighteenth century Orkney cartographer in Mackenzie’s own words. Among the islands Mackenzie surveyed was the small uninhabited (at least by humans) island of Eynhallow, to which the Society organises an annual trip. Sadly, due to the current Covid-19 crisis, there is no trip this year. To make up for it, Elizabeth Corsie has written a detailed description of the 2019 trip. It is very much hoped that normal service can be resumed in 2021.

The remarkable story of the attack on Holm and occupation of Lamb Holm by French troops under a Scottish Jacobite is recounted by Sheena Wenham.

The work of Orkney Vintage Club is described by Cathleen Hourie and there is an account by Clive Warboys of arguably the most popular ‘plane to serve the Northern and Western Isles, the Vickers Viscount.

The Society’s stance on the infrastructure needed to service the growing renewable sector is described and there is a warning by Johnny Grimond about the potential ruination of the Orkney landscape. Whether one agrees with his point of view or not (and it is to be doubted few will), his contribution is well worth reading.

The history behind the ceremonial appearance of Halberdiers in Kirkwall is explained by Spencer Rosie and the Society’s President, Sandy Firth, gives another of his memories of the Second World War, this time giving a fascinating account of the RAF’s High Speed Launches based in Shapinsay.

The excavations at the rapidly eroding site at the Knowe of Swandro in Rousay, which includes a Neolithic chambered tomb, a substantial Iron Age roundhouse, Pictish buildings, Viking houses and a Norse Long Hall, are described.

Interspersed among the articles are many photographs and poems, including an old favourite, Bloody Orkney, complete with an extra stanza giving a local riposte.

Some copies of the 2020 Newsletter are still available and can be obtained by joining the Scociety, annual fee being £10. See Membership page for details.

Volume 8 celebrates 50 years of Orkney Heritage Society and is a tribute to the historian William P L Thomson.

This new OHS publication will be launched at a special event on Tuesday 4th September 2018 at 7.00pm at the St. Magnus Centre, Kirkwall.

The 8th New Orkney Antiquarian Journal commemorates two significant milestones in the historiography of Orkney: the death of Willie Thomson in 2016 and the 50th Anniversary of the Orkney Heritage Society in 2018.

All but one of the authors of the papers were either peers or former pupils of Willie Thomson, or are past or present Chairs of the Society. The exception is Else Mundal, whose contribution makes a trilogy of new perspectives on early 12th-century Orkney.

Barbara Crawford offers some fresh interpretations on the monastic context of the Brough of Birsay. Sarah Jane Gibbon offers fresh interpretations of Willie Thomson’s 2002 paper on the Ladykirk Stone. Else Mundal offers a fresh interpretation of the life of Earl Rognvaldr. Leslie Burgher traces the history of the Hall of Clestrain. James Irvine updates a paper on Sandwick’s agricultural history first written for one of Willie’s whiteboard courses. Jocelyn Rendall adds to Willie’s research on the Little General in India. Sheila Garson writes up the role of women in agriculture in Shapinsay. Sheena Wenham edits the diaries of two Orkney ladies during the Second World War. Peter Anderson recollects his visits to Orkney in the 1950s. Ray Fereday records his memories of the saving of Papdale House and the founding of the Orkney Heritage Society. Spencer Rosie brings the history of the Society up to the present day. Finally Brian Smith supplements his obituary of Willie Thomson with perceptive insights into some of his publications.

The volume concludes with one of Willie Thomson’s many innovations, ‘Recent Books and Papers’.

For more details and to buy your copy, click here. 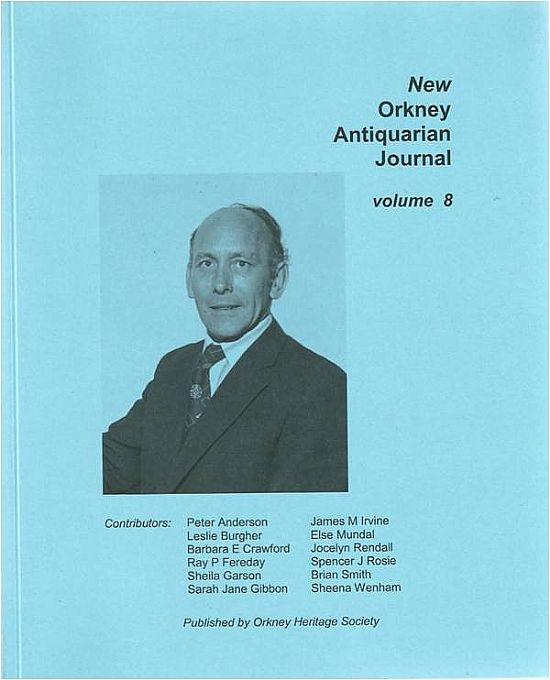 Jessie Cumloquoy, Birsay Postmistress and the loss of HMS “Hampshire”

James Irvine, editor of HMS Hampshire: A Century on Myths and Mysteries Unravelled, has recently been in touch with Jock Cumloquoy, great nephew of Jessie Cumloquoy, the Birsay Postmistress in 1916.  She had  seen a large warship was in distress and went to the Post Office to be ready to send a telegram from the territorial soldiers on lookout duty to the authorities in Kirkwall and Stromness.

Jock has kindly forwarded this remarkable portrait of his great aunt. Jessie had the first message transmitted before Hampshire had sunk! 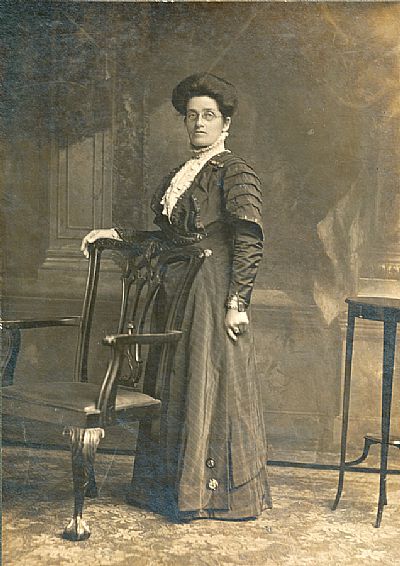